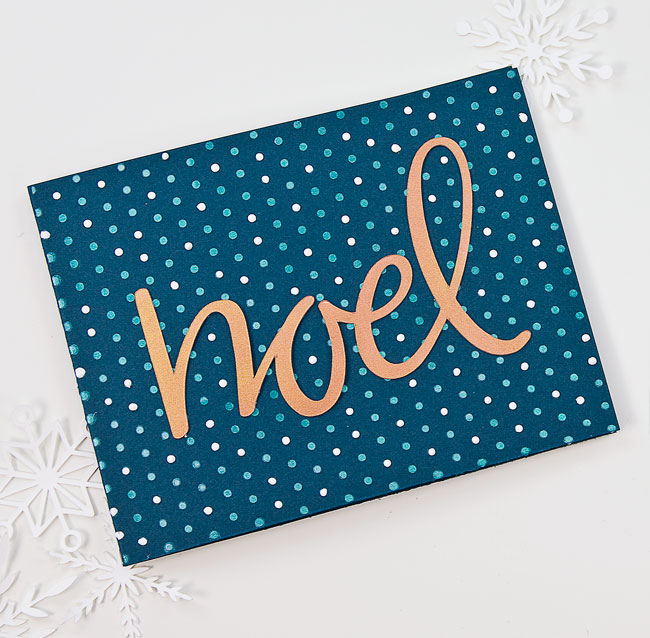 This fun and festive diy holiday card project brings together a few techniques that have been favorites of mine over the past year, and the luxe and lovely Gmund dark teal cardstock (also a favorite) serves as the base.

When LCI Paper first sent me some of the beautiful Gmund cardstock to play around with a few months ago, I knew instantly that I wanted to somehow pair the dark teal with metallic copper. Over the past several weeks, an idea began to take shape and, during that time, I also became just a little bit (okay, a lot) obsessed with iridescent and metallic embossing paste. 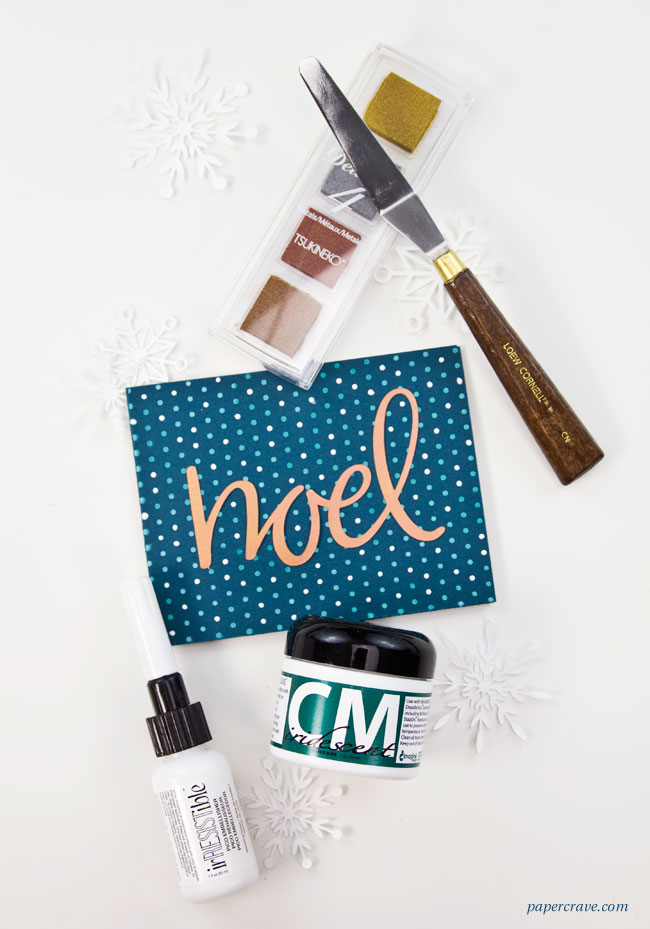 For this project, I first cut the dark teal cardstock to an A2 card size (5.5″ x 4.25″). Then, I stenciled Tsukineko green iridescent embossing paste onto the front of the card using a small dot stencil (soon to be in my shop over at k.becca) that I cut using my Silhouette Cameo. Check out a similar technique here. Then, I set it aside to dry for an hour or so.

Oh, my goodness, do I love this embossing paste. When you first apply it, it’s more opaque and doesn’t really show much iridescense, but something magical happens as it dries, and the result is a beautiful, green-tinted iridescent texture that looks fantastic against the dark teal backdrop (and probably a lot of other backdrops, too). Photos really don’t do it justice. It’s awesome.

While the embossing paste was drying, I die cut a “noel” sentiment, also using my Cameo, and I colored it with metallic copper ink using the technique that I used here. I actually mixed the Celestial Copper and Bronze Burst inks from the Tsukineko Delicata Metals Quad (the bottom 2 colors) to get just the color that I wanted.

After the embossing paste was dry, I added a bit of dimension and contrast using the irRESISTible Pico Embellisher in Wedding Dress to apply white dots over some of the iridescent dots. I allowed those to dry and adhered the “noel” sentiment to the front of the card with Tombow Mono Multi glue.

The result is a bold, modern holiday card with iridescent shimmer and metallic shine.

Disclaimer: I received the dark teal cardstock from LCI Paper and the Delicata Ink Quad from Imagine Crafts. I purchased all other supplies used in this project. 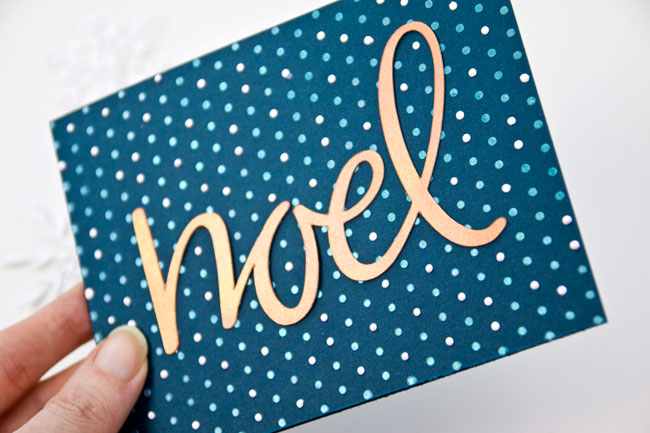 The Silhouette Cameo is one of my favorite crafting tools, and Silhouette America is currently having a huge Black Friday Sale, which is when I really like to stock up on things like blades, mats, tools, and specialty media. You can save up to 40% in their shop, and they’ve also got some great bundle deals going on their digital die cutting machines, as well as the Mint, which I recently purchased and cannot wait to try!

Use code CRAVE during checkout to receive the discounts and deals, which also include 20% off Silhouette Design Store subscriptions (use code BLACK for the subscription discount). You can find the “noel” sentiment that I used in this project over in my shop. Discounts and deals end on Friday, December 4, 2015. 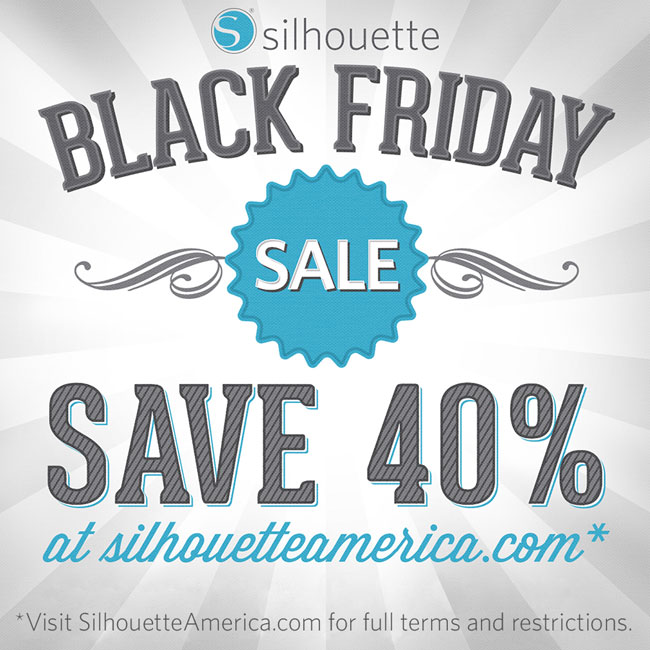