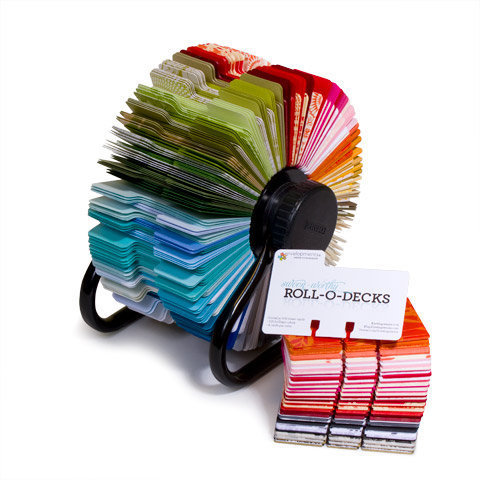 I love great cardstock, rainbows, and stylish office accessories so, naturally, I’m completely jazzed about this giveaway from Envelopments. They just launched a creative new product called Roll-O-Decks, and they’re offering Paper Crave readers a chance to win one! And, hey, you guys are in luck, because Nole at Oh So Beautiful Paper is having a giveaway for one, too. Enter here and then head over to her site to enter for a second chance to win! 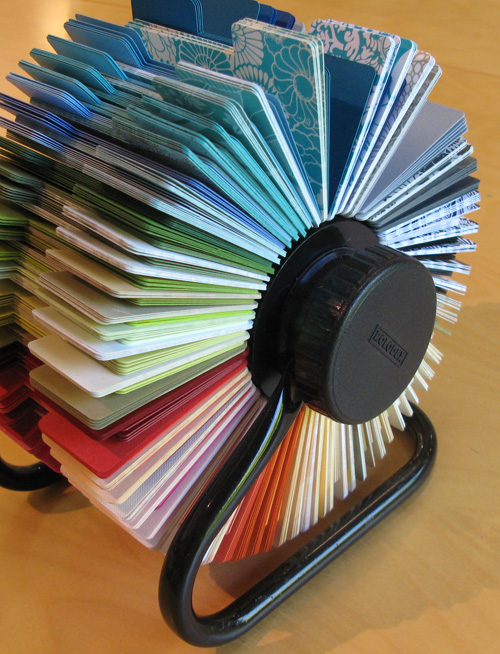 The Roll-O-Decks, originally created as a creative way to capture contact information during the 2010 HOW Design Conference, was such a hit that Envelopments decided to make it a part of their line. The decks feature 500 die cut insert cards (4 each of 125 colors) in a spectrum of vibrant colors and patterns. If you’re familiar with the Envelopments line of cardstock, then you know how much this rocks!

So, how do you enter? It’s easy! Just leave a comment on this post to let me know how you would use your Roll-O-Decks — will you use it as a colorful way to organize your business cards, as a color wheel for brainstorming new design project palettes, as a new twist on the traditional wedding guestbook, or will you continually twirl it around repeatedly during a daydream break from work and wonder at the pretty colors? So many great possibilities, and dozens more that haven’t even crossed my mind, so I can’t wait to hear your ideas! 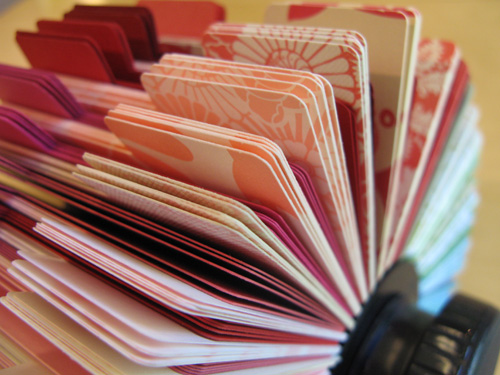 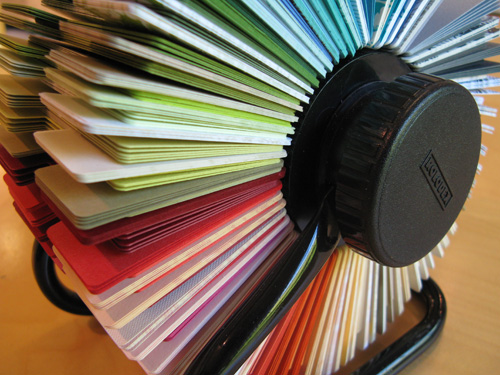 Roll-O-Decks are sold at Envelopments sans stand, but they’re going to be including a handy dandy stand to the winner of this giveaway, so your Roll-O-Decks will, pardon the pun, be ready to roll straight out of the box. The giveaway will run to August 10, 2010 at midnight eastern. One entry per person.