Pinterest has been fueling my obsession with hand-lettering since I first joined, and I have to admit that I had some major withdrawals during the move, when I had no reliable internet access for a few days. Thankfully, I’m able to ogle all of the hand-lettered awesomeness again, and with all of the beautiful lettering out there right now, I thought that I might start a new series on the site. Here’s Hand Lettered Love #1! 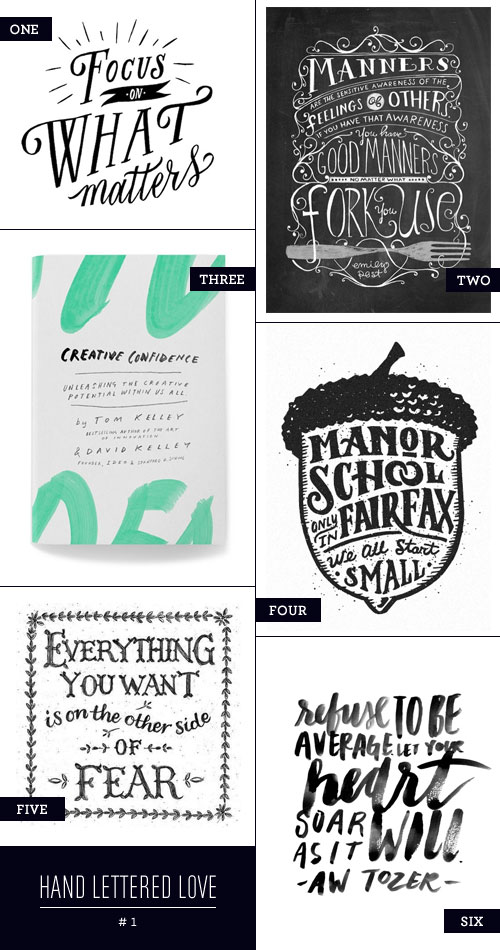 images from their respective sources