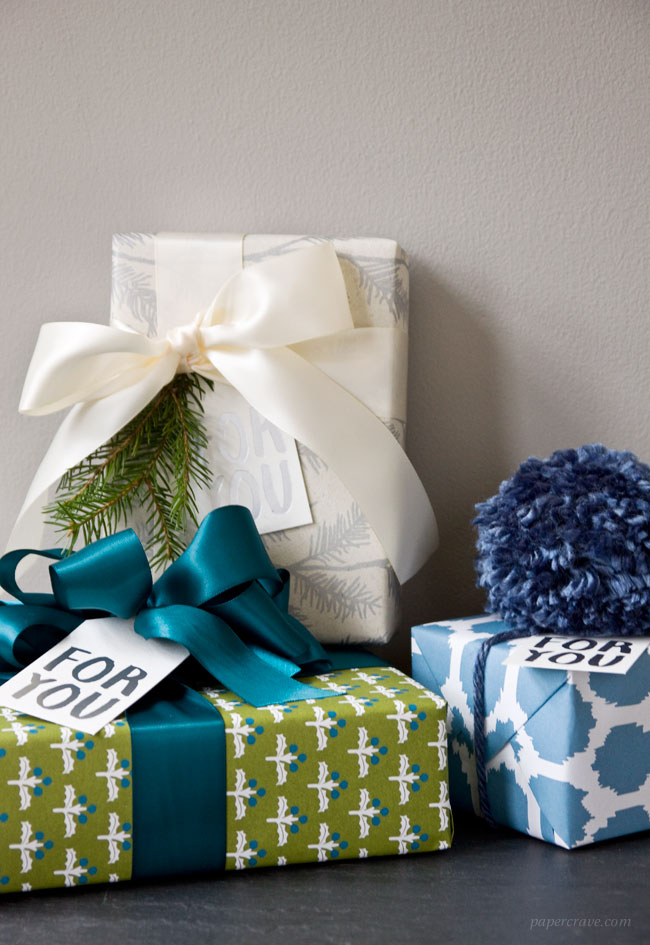 If you get all giddy over gift wrap (like I do), then you’ve gotta check out the #12daysofSmock on Instagram. It’s a 12 day celebration of all things gift wrap featuring Smock’s beautiful wrapping paper and gift tags, and I’m super jazzed to be a part of it!

I chose the Denim, Peabody, and Sterling gift wrap patterns and the silver foil For You gift tags to wrap my gifts, and the final look is a mix of classic and modern, with a little rustic detail courtesy of the pine trees in my yard. 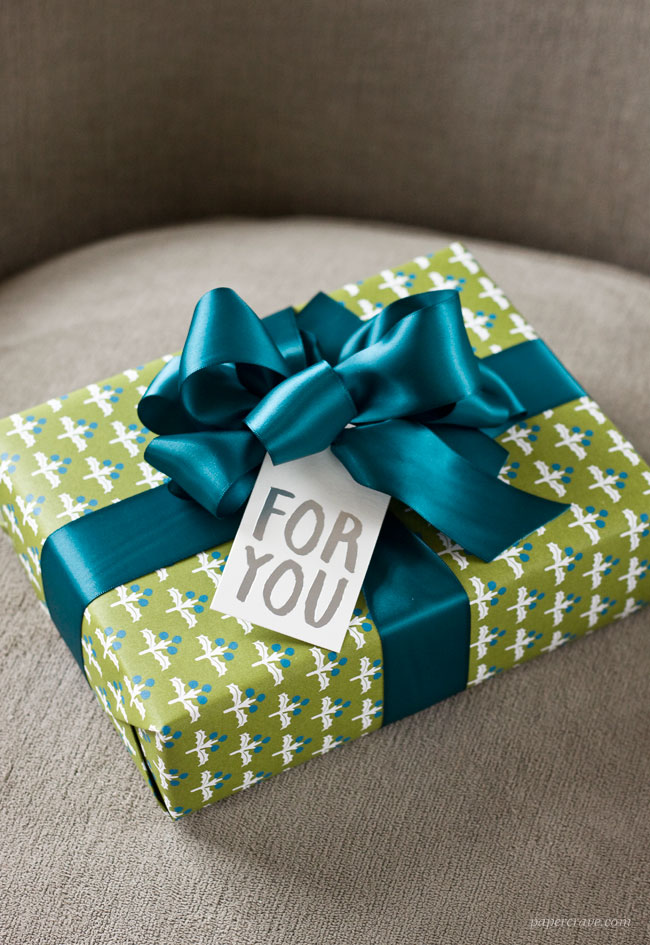 I immediately knew that I wanted to pair Smock’s Peabody wrap with a big and loopy bow, which is something that I hadn’t had a chance to make in a little while. I really like the modern touch that the “for you” tag adds to this classic look. This may actually be one of my favoritest gifts that I’ve ever wrapped! 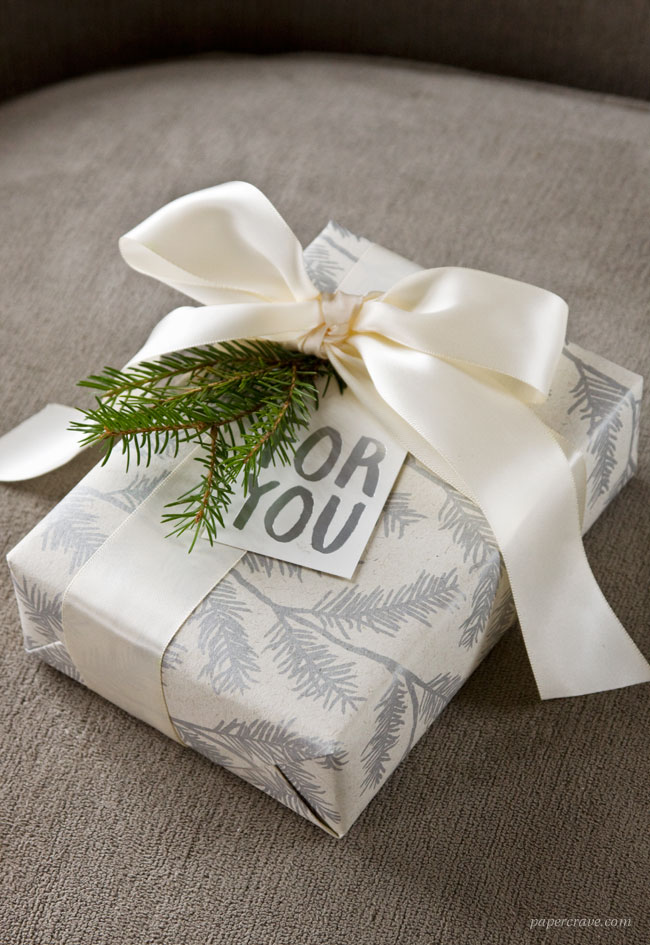 A small bunch of pine branches, cut from one of the trees in my yard (gotta love free gift embellishments), adds a rustic touch and echos the modern evergreen pattern on Smock’s Sterling wrap for a look that’s a nice balance of classic and modern. 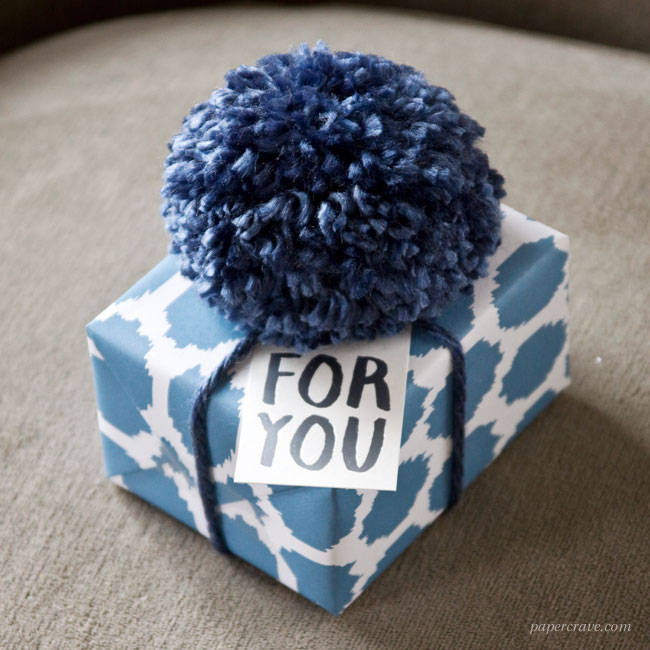 I’m a big fan of yarn pom poms and thought that it would be fun to play around with scale, adding an oversized pom pom to a smaller gift. Paired with Smock’s Denim wrap and the silver foil “for you” gift tag, this look is undeniably modern with a touch of whimsy.

How to make the pom pom :

To make the pom pom, I used almost the exact technique that I used in this pom pom making tutorial that I did way back when. Instead of wrapping the yarn around my fingers, I cut a piece of cardboard to approximately 3″ wide by 6″ tall and loosely wrapped the yarn around it between 90 and 100 times. You’ll want to size the pom pom to fit your package, so you may have to cut your cardboard to a different size. Wrap your yarn around the cardboard a lesser number of times than I did for a less full pom pom or more times for an even fuller pom pom.

When you’re done wrapping the yarn, carefully slide it off of the cardboard in one large pile and tie a longer piece of yarn around the center as tightly as you can get it. If you want to wrap your pom pom around a gift package, like I did here, be sure to cut the yarn that you tie around the center long enough to fit the gift. Mark the longer pieces of yarn by placing washi tape or some other marker on them so you don’t accidentally cut them when you’re trimming the yarn.

Use a sharp pair of scissors to cut all of the yarn loops. Then, trim the ends until you have a circle-shaped pom pom that’s as fuzzy as you want it to be. I used a thicker yarn, so the finished result is a bit shaggier, but you can use whatever brand and thickness you like. To finish, tie the pom pom onto your package, and you’re good to go! 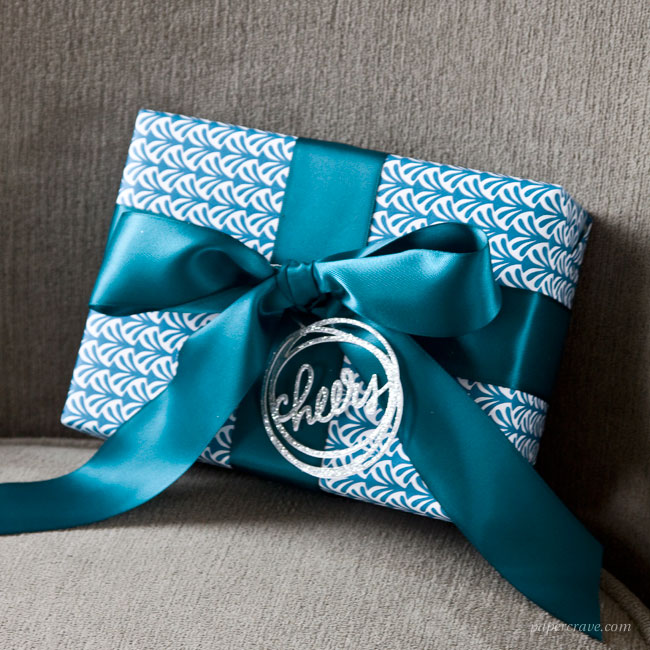 I used the other side of Smock’s Peabody gift wrap to make this simple yet elegant look. To finish, I added a silver glitter “cheers” embellishment that I made by cutting this scribble circle sentiment from silver glitter cardstock using my Silhouette Cameo. I cut a second scribble circle from white cardstock and glued it to the back of the silver glitter piece to give it more stability. Then, I took a piece of silver metallic thread, threaded it through the “cheers” embellishment, and tied it to the bow on the package.

I hope that you enjoyed these gift wrap ideas, and be sure to head over to Instagram to see more of Smock’s #12daysofSmock! 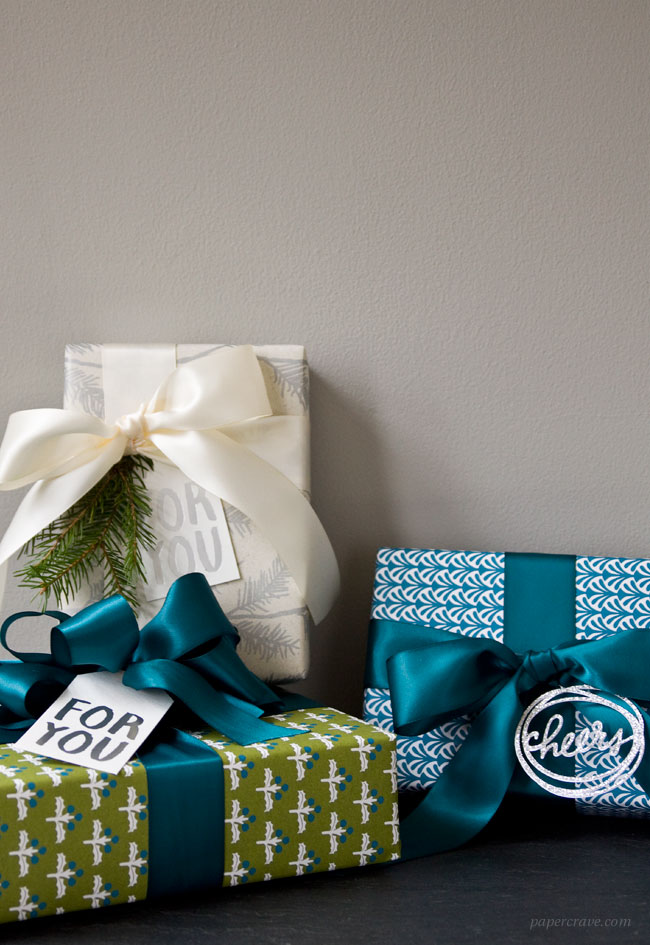 Gift Ideas for the Stargazer