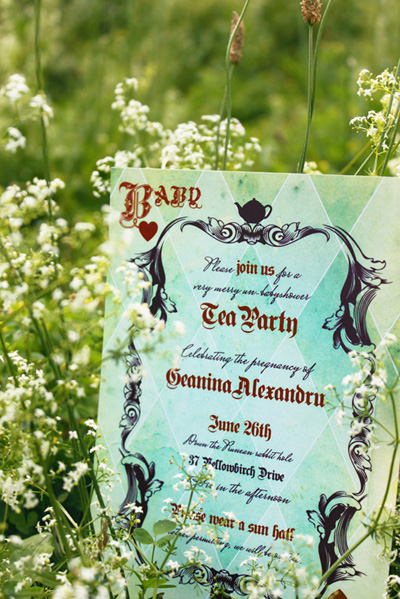 I’ve been on the lookout for Alice in Wonderland inspired paper goodies since Tim Burton’s take on the classic was released earlier this year, so I was pretty jazzed to hear from Waterloo, Ontario, Canada based graphic designer James Prunean, who submitted these dangerously chic baby shower invitations that he designed for his sister’s Alice in Wonderland themed baby shower tea party. 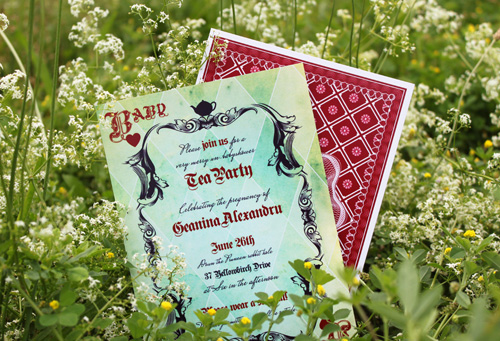 The watercolor-y harlequin background on these invitations is a daring contrast to the bold, slightly gothic black and red elements, and I love the back of the invite, which was designed to look like a playing card. You can see more of James’ work at his site, OOXX, and here’s some more tasty invitation eye candy (with a peek at the super cool baby shower cake, too!): 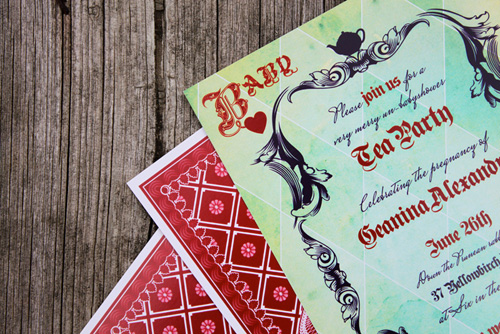 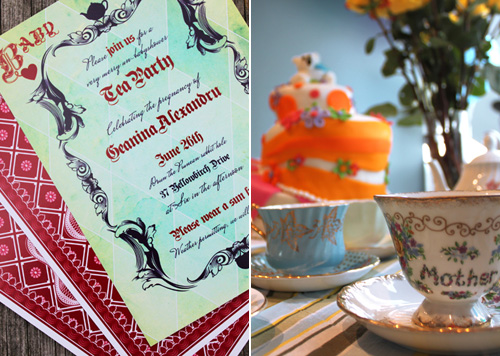 One thought on “Alice in Wonderland Tea Party Invitations”