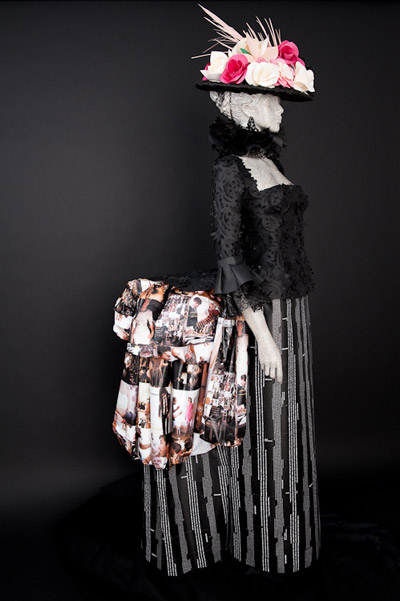 Eloise Corr Danch, whose work I’ve admired since I first laid eyes on it earlier this year, recently gave me a head’s up about her latest historical costume paper sculpture, and it’s incredible. The sculpture is a collaboration between Eloise and New York designers, Ruffian, whose book, Ruffian: Inside Out, was used to create the 19th century silhouette. A-mazing!

Ruffian Paper Doll was created to be a part of the opening gala for the Museum of Arts and Sciences’ exhibition, Slash: Paper Under the Knife. If you’re in New York City, you can stop by from now until April 4, 2010 to check it out, and find out more about this sculpture and Eloise Corr Danch’s work here.

One thought on “Ruffian Paper Doll”