If you’re just tuning in to this series about Joie Studio’s first year exhibiting at the National Stationery Show, then you’ll want to check out Pre-Show and At the Show, where Tina Pham of Joie Studio shares much knowledge and insight about her experiences as a first time exhibitor leading up to and during the show. Lots of great info for those of you who are contemplating exhibiting at the show in the coming years!

Today is the final post in the series, and we’re talking about Tina’s post-show experience so far and how she feels about exhibiting at the NSS again next year. Let’s get started! 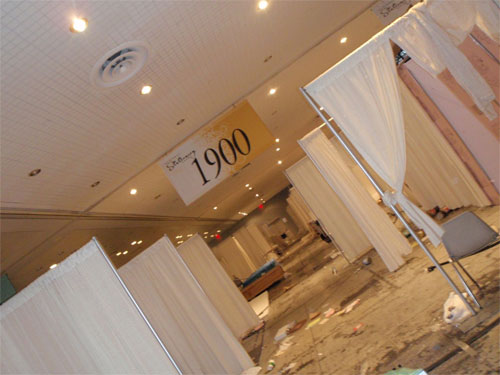 HAH!  It’s funny because if you were to ask me when I first signed up for the show, I would given you some ridiculous numbers.  Then in March, the goals became more attainable.  And then 2 days before the show as nervousness set in, the main goal became, “I just don’t want to make a fool of myself.”

But in all actuality, I had some “attainable” goals and “reach” goals in terms of how many leads I would generate, how many orders I would write, and how many albums I would sell.  I also had a short list of members of the press that I wanted to meet.  Talking to Old Tom Foolery, Albertine Press, and Maginating, I came to realize that some goals that I believed to be “attainable” were actually not the norm in this day and age.  But we did write a bunch of orders, we sold albums, and we met so many great people that I would call the show a success for Joie Studio.

What advice would you give to someone who is considering exhibiting at the show for the first time?

My number one piece of advice for potential first time exhibitors is to do your research and solidify your product line and pricing before you decide to exhibit.  The National Stationery Show isn’t for everyone, and the market is full of beautiful paper goods already.  You have to be ready to answer hard questions about your products and what sets it and your company apart from the other hundreds of companies out there.  I know I had to, and a major selling point with the stores is that I knew what differentiated my product from others and what my bestsellers are.  I would suggest to anyone thinking about exhibiting at the National Stationery Show to walk the show first before deciding, test out your product at local craft fairs and online.

The second big piece of advice is as a first time exhibitor you get out what you put into the show.  Making a pretty booth and filling it with pretty things is only half of the work.  The second piece is actually getting people to be interested to stop at your booth.  I spent countless nights writing up press releases, taking advantage of any pre-show promotional opportunity, researching potential stationery stores and cultivating a mailing list.  I took pre-show seminars and webinars and researched selling at trade shows.  The National Stationery Show proves moms everywhere right: hard work pays off.

It’s only been about a month and a half since the show ended, and I’m sure that you’ll be seeing the results of exhibiting at the show for months to come, but at this point would you say that the show was worth the investment, both time and money-wise, for you and your business?

Yes, definitely.  It was a great learning experience for me as I dealt with all aspects of preparation, from PR work to booth building to sales pitches.  These are things that as a designer and letterpress printer I just don’t normally do.  But it was great because it gave me a good opportunity to take a hard look at Joie Studio, our letterpress goods, and what we’re about.  (And there’s a running joke at Joie Studio that the best thing about exhibiting at the National Stationery Show is that our letterpress desk calendar is done early this year!)

Will we be seeing you at the show again next year?

We’re already working on our Baby and Celebrations letterpress collections to debut next May, so hopefully yes!

Joie Studio’s First Year at the NSS : At the Show